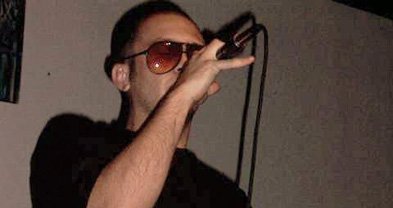 "The rap scene has started to get like karaoke," says Richard Gendron of the rap duo Waste of Wits. "We did that for awhile, but we were limited because we had to write our lyrics to these [prerecorded] beats." Gendron's partner in Waste of Wits is Mike Miller.

The pair is also part of the six-man fusion group called Known by Nothing, who merge jazz, folk, metal, and punk with hip-hop. The two rappers and a DJ are backed by three musicians who handle drums, keyboards, accordion, bass, steel drums, lap steel guitar, trumpet, and sax. However, being in a different sort of rap group presents other limitations.

"Most clubs that do have a stage big enough for a band don't like the stigma associated with hip-hop," says drummer Lee Williams. Gendron says his band got a gig next week because his sister, MC Plain Jane, invited the band to open for her.