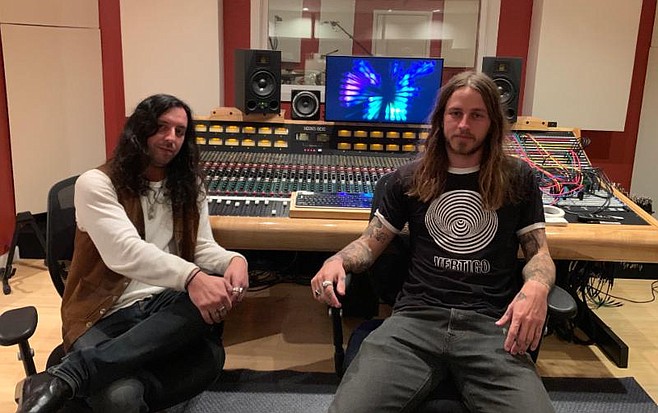 Formed in 2018, horror punk rockers Warish is fronted by singer-guitarist Riley Hawk (Petyr), son of skateboard star Tony Hawk, backed by drummer Bruce McDonnell. A debut self-titled EP was released in early 2019 on RidingEasy Records, preceded by a single for "Fight" b/w a cover of a song by Australian band Coloured Balls, "Human Being."

Their debut album Down In Flames (RidingEasy Records) was preceded by the first single, "Healter Skelter," and a single for "You'll Abide." A video for "Bleed Me Free," was shot entirely on Super 8 film. They played the Casbah August 30, 2019 before touring with San Francisco stoner rockers Acid King, beginning at Portland's Hesh Fest on September 20 and running through Austin's Levitation Fest on November 9.