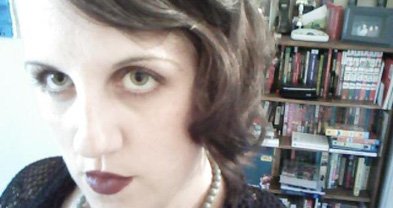 Influences: Kill Me Tomorrow, Siouxsie and the Banshees, Deadbeats

VV Morge is the brainchild of Scary Mary lead singer/songwriter VV Loveland (also a rotating member of the History of Premature Burial).

"It's not easy being a chick rocker," says VV Loveland (real name Genevieve Loveland), who attended the Children's Creative & Performing Arts Academy. Her previous band was called Scary Mary. "One time at Scolari's, this guy shows me his penis while I'm onstage. He was drunk and dancing and jiggling it around in the wind, and I told him, 'Mine's bigger than yours,' so he put it away." She says her fiancé brings a camera to shows and witnesses fan lust firsthand.

"He hears all the guys talk about how they want to touch me in naughty places. I dance around and I'm alive, so I guess people get the wrong idea. It's funny these guys have no clue who he is, [but he] just takes it in stride....

"Sometimes the drunks are onstage. We played before Terror Whore at Scolari's and, next thing I see, the lead singer is barfing everywhere in the bar. Does he stop playing? No, he gets down on the floor of the bar and starts humping the ground where his spew is. Yikes! The strangest thing was the band was totally unfazed by his behavior.

"At the same show, there was a fight outside when I was leaving, and the bartender had to clean that up as well as the puke inside."

VV Loveland and company are performing around town, while she pursues her bachelors degree in performance art. She's working on several collaborations with fellow musicians and is recording her first solo album.