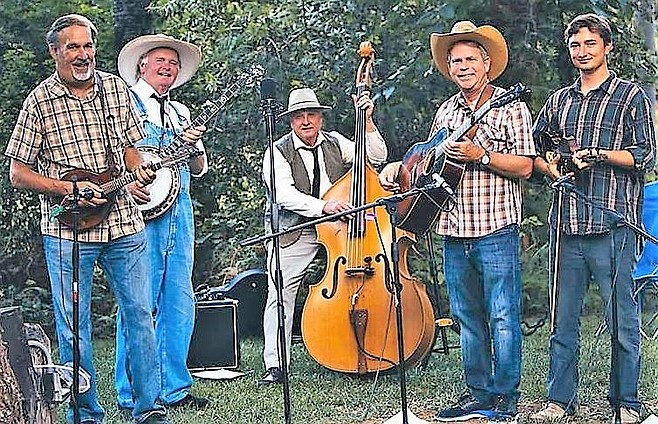 Vulcan Mountain Boys was formed in 2017 to play at the local Leucadia Farmer's Market on Vulcan Avenue (thus the name). "We are veteran players of multiple North County groups," says the band. "We play hard-driving traditional through modern bluegrass, with the classic instrumentation of banjo, guitar, mandolin, and upright bass as a four piece, or with added fiddle to make the classic five piece."

Their album Vulcan Mt Boys - Live at AGSEM was released in 2017.