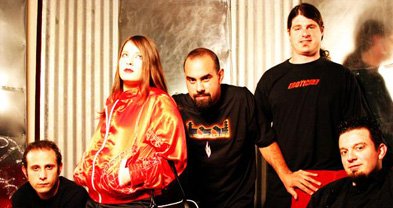 "Our band name was taken directly from the pages of Dante's Inferno," says VII Fraud singer Jen Otis. "Our songs are about people in the different levels of Dante's conception of hell. We're completely secular -- I'm not even sure if any of us really believe in hell, or gods for that matter, but humans make an interesting study, and humans live to fuck things up. According to Dante, the eighth level of hell is for the fraudulent, the liars, the panderers, and the false flatterers. I think that covers nearly the entire human race."