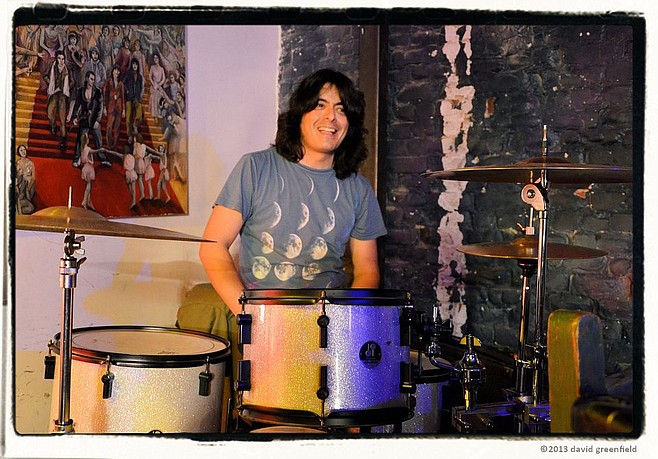 RIYL: Quarter After, Riot Act, Baja Bugs, the Records, the Zeros, the Phantoms, the Burrito Brothers, Sidewalk Scene, Unruly Bangs, Got it Covered, and ADD/C, the Shambles, the Melanies

South Bay bassist/drummer Victor Penalosa has played with Quarter After, Riot Act, Baja Bugs, and transplanted UK ’70s pop rockers the Records (“Starry Eyes”). He also toured as a member of the Zeros, subbing for his brother Hector on a run through Spain in 2001, and later fronted his own combo, the Phantoms. He's also been a member of the Burrito Brothers, Sidewalk Scene, Unruly Bangs, Got it Covered, the Melanies, and ADD/C, as well as a stint with the Shambles.

In 2013, he became a touring member of the Flamin' Groovies, an influential band that first emerged during the late 1960s, with a string of their mid-’70s tunes, such as “Shake Some Action” and “Jumpin' in the Night,” now considered garage-rock classics.

“I met Cyril [Jordan of the Groovies] in 2006, when I was living in L.A.,” Penalosa told the Reader. “I had never seen any of the Flamin’ Groovies live or met any of them, but there was a little blurb in a local paper about the Magic Christian, so I went and saw the show...I think it was at the Kat Klub on Sunset Strip. I just went down and took my ‘Shake Some Action’ record to have autographed. Prairie Prince was on drums. I went up to them at the bar after the show and told them they were one of my favorite bands ever and if he ever needed a bass player or a drummer, here’s my number.”

Penalosa’s first tour with the Flamin’ Groovies, which began in April 2013, included a music festival in Australia as well as sold-out shows in Japan and San Francisco. He was asked to join full time following the tour.

The Flamin' Groovies played a 50th anniversary date on April 7, 2016, at the Chapel in San Francisco, joined by both founding member Roy Loney and Penalosa, who toured with the band through June.