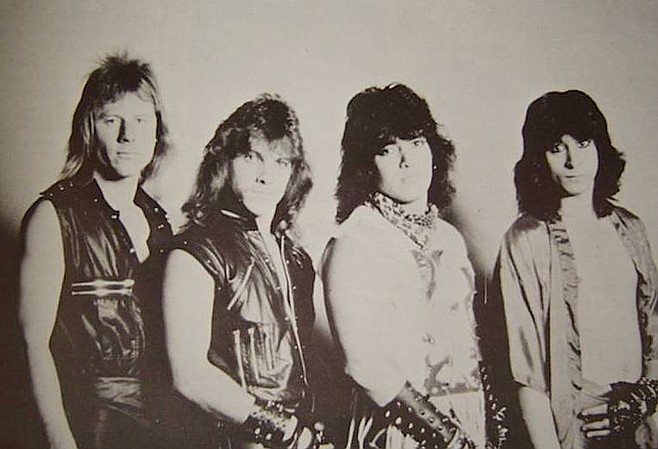 Their 1984 debut album Power Hungry, was engineered by Mike Harris and recorded in the fall of 1983 at Western Audio Recording Studios. It included a track called "Victim" that also appeared on a KGB Homegrown compilation. A followup album, By the Neck, was recorded in spring 1984 at Western Audio, but the masters were lost during a period of financial difficulty for the band and not recovered (thanks to engineer Mike Harris) until nearly 30 years later.

A later lineup (late 1984 to early 1986) featured Reiger and Thoryk backed by another player from Desire, guitarist Scott Hackwith, along with White Witch drummer Greg Talley. This roster recorded a third album in December 1985 at Golden Track Recording Studios, DMN, aka Dirty Mean & Nasty. After its release, the band split. Mike Pfahler later played with Nemesis.