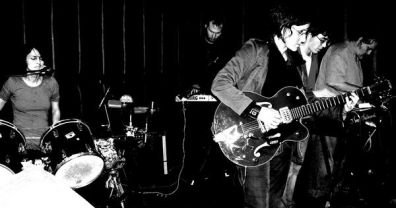 “I solely live on the proceeds of the instruments I’ve invented,” says Vaginals front man Bill Wesley, creator of the Array. The Array consists of MIDI controllers that record which buttons you press and relay the information to a computerized sound synthesizer that compiles the user’s chosen arrangements of musical notes.

“An instrument designed to have a complex user-generated harmonic Array system is inherently easier to play than conventional musical instruments, yet capable of doing far more. More control, less confusion.”

According to Wesley, “There was no official endorsement, no grant money, or any other official help...the patent process was arduous and extremely expensive. It took many tries because of legal problems. Obtaining the patent is more arduous than designing the actual invention!”