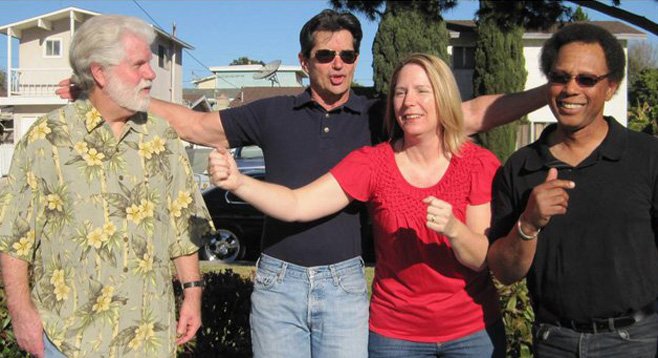 “We play mostly original music with a few cover songs thrown in so you’ll like us,” says Useless Rhetoric founder and songwriter Scott Michael West. Based in Chula Vista, the band says its mission is to help raise funds for various charities.

“When we play at a venue, all the proceeds are donated to a charity of our choice. If you have a charity you would like us to help raise funds for, let us know. We can work together in getting a gig set up and donating all the proceeds to your charity.” The band has raised funds for Ryan’s Hope, the Leukemia & Lymphoma Society, and others, with over $75,000 raised so far with their events.