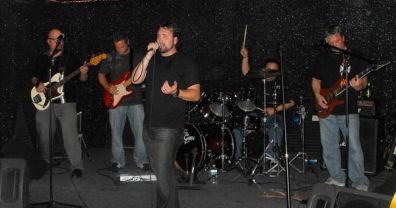 Formed in February 2009, Uninvited is fronted by Robert Erhardt (no relation to Amelia). “As a band,” says Erhardt, “homage is paid to some of the greats as well as some of the unknowns, from Alice in Chains to Zeppelin to local chunky biscuits whose yeast has yet to rise.”