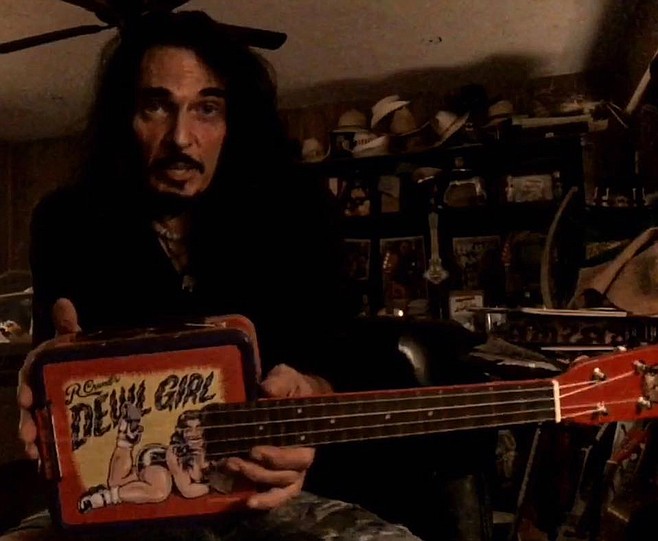 Ray Masters, aka Ukulele Ray, was a comedian and singer/songwriter with over a dozen album releases. Covering everything from rock to reggae and country, he headlined a Las Vegas musical/comedy/burlesque revue known as Ukapalooza. Its success resulted in him becoming Fender's first sponsored ukulele artist.

“Ukulele is the easiest musical instrument in the world to learn and play,” he told the Reader. “With a single finger on a single string, one can create a chord, with many of the chords needing only one or two fingers. It’s the perfect instrument for children because of its small size, making it easier than a guitar, and it’s truly the gateway to guitar, as it shares the same chord shapes.”

As a ukulele builder, Ray created the Lunchbox-A-Lele (combo ukulele and lunchbox) and the Warhol Soup-A-Lele (uke made from a Campbell's Soup can), which have been displayed in art gallery and museum exhibits around the world.

After arriving in San Diego in 2010, Ray began teaching ukulele seminars and workshops and donating ukuleles to school programs and children's hospitals through his Ukulele Ray Foundation. "San Diego, being a coastal city, with influences and elements of tropical culture all around, is a ukulele hub, with large, local ukulele clubs all over the county, boasting memberships into the 1,000s, collectively."