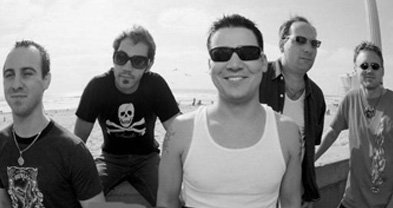 "I was asked to put together a band for the Sandbar," says Tubby keyboardist Neil MacPherson, "so I called a bunch of people I'd always wanted to play with. We met the night of the gig, and I realized we hadn't bothered to come up with a name. The Sandbar had an even smaller stage back then, so I was practically sitting on this big plastic storage tub. Hence, Tubby was born...we still can't agree on a better name." The band has opened for Fishbone, Blue Oyster Cult, Common Sense, the B-Side Players, and others.

Tubby won first place at the 2006 Worldfolk National Battle of the Bands in Las Vegas. Also in 2006, they made the finals on NBC's StarTomorrow contest (along with another local band, Big Toe). They've been nominated for three San Diego Music Awards ("Best New Artist" [2003], "Best Rock Album" [2004], and "Best Pop Album" [2005]), and they've gotten radio airplay on local stations 91X and 92.1.

While with Tubby, drummer Bill Ray also played with Ike Turner's touring and recording band. He and bassist Matty Hanafin left Tubby in November 2006. The band split two months later. A message posted on their website reads in part "Some of you may have seen this coming, given the disappointments the last few months of 2006 brought to the band, but Tubby is calling it quits. It's been an awesome five years, thanks to all of you and the energy you've brought to our shows. There is no bad blood between members, just a feeling that the project has run its course for the time being...we're open to the possibility that Tubby will rise again."