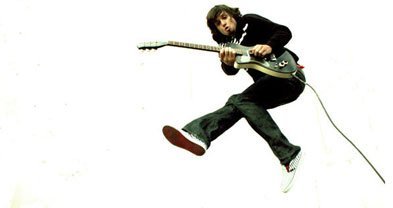 Trevor Davis had never sung in front of an audience until his senior year of high school. Even his closest friends didn't know he could sing because of his reserved nature. Seemingly out of nowhere, Trevor decided to sing the national anthem at a basketball game. To watch him perform, you'd think he had been doing it all his life.

Growing up, Davis attended a gospel-style church where he soaked in the soulful music that would come to influence him so much. Starting in junior high, Trevor immersed himself in the punk music scene. In high school, he played bass in a punk band with his best friends. The person that made him do a musical 180 was Stevie Wonder. Someone accidentally left a Stevie Wonder cassette tape at Trevor's house.

After singing the national anthem at school, Trevor continued to pursue music in every way he could. Even though he was broke, he spent all his money and time on his music. He sang in and won first place in a talent show at his high school. After that, he started learning to play guitar. He had to play his right-handed Takamine guitar upside down because he's left handed. He then went on to solo at an open mic night at the Melting Pot in La Jolla. He wrote his first song, called "Reason Why," a year later and has been writing and performing steadily ever since.

As of 2012, Davis sings with the pop/rock/hip-hop electro-duo Dr. Seahorse, alongside Colorado native Mark Suhonen.