Trains Across the Sea 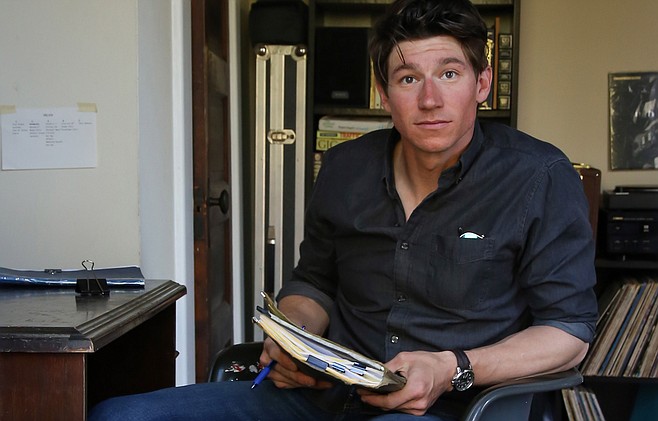 Founded in 2007, Trains Across the Sea combines the confessional honesty of Townes Van Zandt with the sly wit of the Magnetic Fields, laying simple and heartbreaking lyrics against the backdrop of Americana music. Primarily the work of Andy Gallagher along with a host of collaborators, the band name derives from a song by Silver Jews.

They released What a Day, What a Time We Had in 2013. Gallagher next co-wrote and produced Semi Fame: The Truck Route to Broadway, a musical about truckers.

After relocating from Columbus, OH to San Diego in August 2017, Gallagher began recording the sixth Trains Across the Sea album. "The band is currently building its seventh iteration of its lineup, necessary after I moved here," Gallagher told the Reader.

Before It Ends was released in Autumn 2018 in both digital and vinyl editions. "This record is the result of three years of songwriting and over a year of recording effort. The album title was taken from the name of the fourth track on the record, which catalogues a few of the lesser endeavors humanity is choosing to embark upon before things get even worse then they are. The album art was a photograph taken years ago by Michelle Jordan of Columbus, OH, and I feel it reflects the wary optimism of the record."

Their Semi Fame EP was released in summer 2019, featuring Paul Tillery on bass, Jonathan Sebat on drums, and Trent Rowland as a guest vocalist on one track. The album art was designed by New Orleans artist Laura Sanders, with mixing by Keith Hanlon and mastered by Adam Boose. The EP collects five songs from a trucker musical bandleader Andy Gallagher wrote and produced, set in 1984 along the open highway and starring a long-haul trucker with a voice of gold who dreams of the Broadway stage.