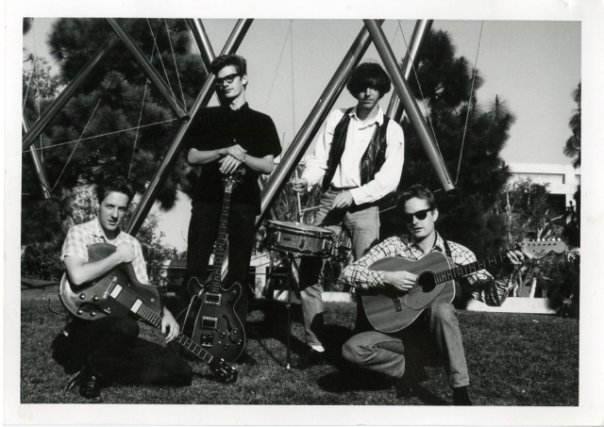 The Town Criers was a late-eighties country rock band (1987 to 1990) featuring Ray Brandes and Dave Klowden (the Tell-Tale Hearts), Peter Miesner and Mark Zadarnowski (the Crawdaddies), Tom Ward (Gravedigger V), and Dave Ellison (the Rockin’ Dogs). They were unrelated to the 1960s folk rock band the Town Criers, whose members were students at SDSU.

“We practiced a few months in Tom Ward’s parents garage where, at 10:00 p.m. promptly, Tom’s father would enter and point to his watch,” recalls Ray Brandes in a blog post at CheUnderground.com. “In a sort of musical boot camp, I learned to tune my guitar, pay attention to microphone technique, and work on my songwriting. We played one of our first gigs at the San Diego Ballet Academy on Washingston Street, where several brand-new scooters with Style Council stickers were parked outside. Needless to say, if this new generation of kids had a hard time processing the Pretty Things, what would they do with Lefty Frizzell?”

The band made three recordings in the spring of 1988 at Mark Neil’s recording studio in El Cajon, California. These include two Brandes originals, “Black Cloud” and “Every Little Sin,” and a Peter Miesner original, “Try It Again,” which features Miesner on lead vocal.

In January 2010, the band reunited for the first time in twenty years, to play a Casbah show with fellow reunited locals the Penetrators and Manual Scan. Later that year, singer/bassist Tom Ward moved back to San Diego, after many years in NYC.