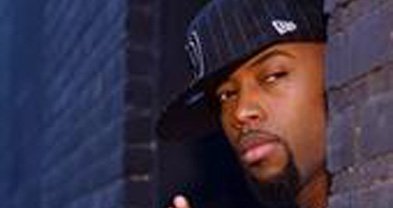 "Some of the subject matter might be a little too deep for children," he says on his MySpace blog. "No one said anything about the PG-13 rating on Diary of a Mad Black Woman or The Passion of the Christ or Woman Thou Art Loosed's R rating...the movies weren't bad, but they felt the need to at least forewarn parents that it wasn't gonna be a Sunday-school-lesson movie! Same with this album."

Tonex (real name Anthony Charles Williams II) has tattoos, body piercings, and a penchant for turning TV theme songs such as Family Feud into gospel tunes. He earned a Grammy nomination for "Best Contemporary Soul Gospel Album" for his 2004 release, Out of the Box; it debuted at #1 on Billboard's Top Gospel Album Chart and over a half million copies were sold. He has won six Stellar Awards, including "Artist of the Year" in 2004.

In 2007, he generated controversy over cursing in his song "The Naked Truth."

Other lyrics include his declaration that “I got my cock back” and “I’m sexy, I’m bold, I’m hot,” as well as an angry shout-out to “that preacher that touched me when I was fucking six.” Other curse words in the song include “bullshit” and “bitch.”

Tonex’s label Zomba Gospel Group has dropped him, citing the pastor’s recent “awkward behavior” and “Tonex's decision to move in an artistic direction outside the scope of gospel music." YouTube video essays addressing the controversy include condemnations from Pastor Clarence Smith and former Tonex fans, as well as the rapper himself being interviewed by Christian website Path MEGAzine.

“It wasn’t a Christian song and it wasn’t a cry for help,” Tonex tells the interviewer. “It was a cry that ‘I made it.’ I will become a living sacrifice by being that honest and that transparent.”

Some reactions to song are posted in the Gospel forum at Topix.net:

Tiyahri: “Something has happened to him that he has tried to overcome through fleshly means it is has obviously turned into self defeat…This brother needs some serious spiritual intervention.”

Veronica: “Anytime u use curse words, that is not of God. Tonex is a very demonic man.”

Nikki: “That song was totally unacceptable, angry or not. The scripture says 'Be angry and sin not.’”

“The Naked Truth” isn’t Tonex’s first brush with Christian controversy. In 2005, he announced he was divorcing his wife of five years, Yvette Williams (née Graham). Soon after, he was sued by Zomba/Verity Records for one million dollars after announcing publicly that the label was “mistreating” him with “unfair business practices” that caused him to be cheated of monies owed. “Verity has left me financially broke and without anything,” Tonex stated in his reply to the lawsuit.

In summer 2008, Tonex took on the role of James "Thunder" Early in a production of "Dreamgirls," staged by the San Diego Musical Theatre. His 2008 album is called Bapostogic, and he released Unspoken the following year, comprised of tracks from his earlier self-released underground albums.

Tonex's song "Blend" from Unspoken was nominated for a 2010 Grammy Award, for Best Urban/Alternative Performance. In 2011, he changed his name to B. Slade and recorded an EP called Diesel. He also played the lead in a 2011 San Diego production of the Who's Tommy.