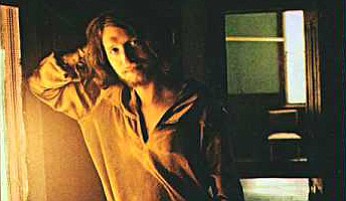 Timothy Thorne Dawe was a theoretical nuclear physicist who in his youth dabbled in experimental rock music. His 1969 album Penrod featured a psychedelic-inclined, jazz-steeped, semi-orchestral freak folk band, also named Penrod, that included Arnie Goodman (brother of Mahavishnu Orchestra's Jerry Goodman), Chris Kebeck, Don Parrish, and Claude Mathis. Dawe at the time was mainly playing solo folk clubs around LA and northern San Diego, but the full Penrod band appears to mainly be a studio creation, although they did play live at least occasionally with local bands like Framework.

Named after a 1914 book by Booth Tarkington (with cover artwork from that book by Gordon Grant), the Penrod album was released by the Straight label, run (along with Bizarre Records) by Frank Zappa and Zappa's then-manager Herb Cohen, who added Penrod to his client list. The harpsichord-heavy LP was produced by former Lovin' Spoonful guitarist Jerry Yester, who'd produced Cohen's client Tim Buckley for the label and would also produce the first album by Tom Waits (Yester's own album on Straight, Farewell Aldebaran, paired him with Judy Henske, another Cohen client). Zappa executive-produced the album. The band was signed under the name Penrod to Herb Cohen's management company, and they were among the first bands signed to Straight/Bizarre, apparently preceded only by Wild Man Fischer and Buckley.

One track from the Penrod album, the seven-plus minute "Junkie John," received occasional underground radio play and was notable for incorporating early synth electronics, but its length and subject matter kept it from widespread exposure, especially after the FCC essentially banned radio stations from playing music that overtly referenced illegal drugs. Though eventually a rare and coveted cult item, the album's initial release was mostly lost amidst the label's more prominent releases from Captain Beefheart, Tim Buckley, etc. The Penrod band never released another album.

"We could have gone farther, had it not been for the 'business' aspect of the industry," says drummer Claude Mathis, who was later one of the operators at Earth in Pacific Beach. The album was pressed twice by Straight, in 1969 (Straight STS-1058) and 1970 (Straight/W.B. WS 1841), plus an 8-track version reportedly exists. It was later re-released in the UK by Radioactive Records.

A live incarnation of Penrod played around town in 1969 and 1970, with Dawe backed by Robert Edwards (bass), Alan Brinn (guitar), Arnie Goodman (piano/organ), and various drummers. "We opened for the Chambers Brothers and Fleetwood Mac at the San Diego Sports Arena," recalls Brinn. "Opened for Linda Ronstadt at the Golden Bear in Huntington Beach. Often played at the White Whale in La Jolla." They were also scheduled to open for Fleetwood Mac at USD Gym on New Year's Eve 1968-1969, with other bands like San Francisco's Anthrax and locals Framework. "That New Year's gig at USD never happened," says Brinn. "Cancelled by the authorities days before in fear of a drug influenced crowd."

Dawe also wrote songs for Rod Taylor and It's A Beautiful Day. The latter band's former bassist, Mitchell Holman, produced a second Dawe album in 1976, Timothy and Ms. Pickens with Natural Act (Half Moon Bay Records HMB 01), as well as playing bass on it alongside former It's A Beautiful Day guitarist Hal Wagenet. Recorded at Tioga Studios in Coos Bay, Oregon, the album also featured the titular singer Ms. Patricia Pickens (Dawe's girlfriend) and percussionist Ralph Benkus (also an occasional member of It's a Beautiful Day), while keyboardist Arnie Goodman from Penrod returned to play piano and engineer.

In the late 70s/early 80s, Dawe was hosting a weekly open mic event at the Ghirardelli Wine Cellar, where he produced the 1978 live album, A Night at the Wine Cellar (Cabernet GWC 101), featuring three new Dawe songs performed with Billy Roberts (who wrote "Hey Joe") and others, including singer Patricia Pickens again (from Timothy and Ms. Pickens with Natural Act). The new songs included "No More Honey," "Sad Angels," and "144 Boogies," and the album featured several other northern CA acts as well. Radioactive re-released A Night at the Wine Cellar in 2006.

"I've written about 250 songs and I've had 23 songs recorded on various albums, but I've never had a hit," said Dawe in 1978 when he performed solo on a local San Francisco TV show called GirlGEO. "I'm sending off songs to publishers, that's what I do these days. I sit in my basement and make tapes, and send songs to publishers, hoping that someone will recognize a hit."

Convinced that prominently featuring the word "boogie" in a tune was the secret to having a hit song, and then discovering he was wrong (at least according to the lyrics of one of his latterday tunes), Dawe eventually gave up his quest for the top of the charts to instead become a physics professor at San Francisco State University. As of 2010, he was teaching at City College of San Francisco. "He's an old hippie and will play guitar if you ask," wrote one of his CCSF students on the RateMyProfessor.com website, "and he has found that each planet lies along the same intervals as nodes on a guitar soundwave."

Dawe still occasionally performed with Natural Act well into the 21st century (footage from a 2010 Halloween performance can be found online). He was reportedly working on an book called An Unauthorized Autobiography of an Unknown Superstar when he passed away November 13, 2016.

(Thanks to Action Andy Rasmussen for confirming that the Penrod band did indeed perform live at least once under that name, as immortalized on a flyer with locals Framework)