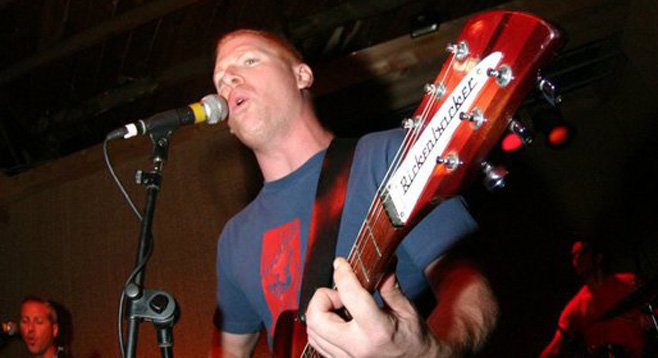 “Our last drummer [Dave] disappeared and was discovered in jail for art theft,” says Tim Malley, guitarist and singer for Tim & the 23s. “After our second practice with him, we couldn’t get ahold of him. It seemed really strange because we thought he liked the music. After a few weeks, we just figured he flaked, and just split without returning our calls.”

The missing drummer finally contacted the band. “Dave said he had to lay low for a little while, but wasn’t too specific. It eventually came out that he was being tried for art theft. He worked at a gallery that sold hand-painted replica artwork. They were the paintings that you see people copying from the museums around the world: Van Gogh, Monet, Munch, the classics. He was stealing them from the back, and then selling them on his own. It turns out art theft is pretty common.” In 2001 and 2002, a ring of art thieves broke into several California galleries, including a smash-and-grab in San Diego where a $45,000 sculpture was stolen. In 2004, a religious painting by San Juan Tepemazalco (1728), stolen in Mexico, turned up at the San Diego Museum of Art, which immediately offered to return the piece.

Malley says that auditions indicate a shortage of capable local drummers. “We tried whatever we could, going to bars, recruiting at parties, and placing ads on Craigslist. At one audition, we got a Katrina victim who spent all his FEMA money on a drum set. I felt kind of bad for the guy, because he couldn’t play that well. There were a couple of good players, but they wouldn’t do anything unless we guaranteed them big pay at every gig.”

Before the 23s, Tim Malley Malley played with Catch 23, the Whiskey Dicks, Stereo Net, and others. July 2006 marked the release of Tim & the 23s' self-titled debut album.