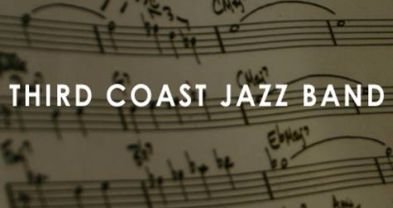 Justin Wagner (tenor, alto saxophone/clarinet) earned his degree in music from Indiana University in 1999. During that time, he was exposed to a variety of influences while performing with the Dusty Fittens, an eclectic world music ensemble. He also performed with the Free Time Jazz Quartet, Electric Boogaloo, and Alma Azul while in Bloomington. Justin moved to San Francisco in 2000 and joined a jazz/funk group called Uncle Fatmom, playing the local club circuit. Justin also performed with the Automatic Seven while in San Francisco. He moved to San Diego in 2001 and helped to found the Third Coast Jazz Band. Justin joined the big band Swing Shift in 2004 and is currently available for private lessons.

Jon Walters (guitar) hails from Ann Arbor, MI and began playing the guitar in 1990. He was originally influenced by bluegrass and folk music and played with such groups as Slim Pickin’s and the Cola Band. Jon began to study Jazz guitar in 1994 under John E. Lawrence and performed with area jazz combos until he moved to San Diego in 2000. He has continued his studies under local great Dan Papaila. Since moving to San Diego, he has performed with the Soular Monks, the Jon Walters/Johnny Eads Duo, Jon Walters/Andy Lohr Duo, Puramente Il Jazz Ensemble, Swingin’ Affair, and regularly sits in with other local performers. In addition, Jon regularly provides solo guitar works for various events. Jon is also a current member of the big band Swing Shift and is currently available for private lessons.

Paul Tillery (acoustic bass) began playing bass in 1991. He first played in jazz bands and then ventured into punk music. In 1998, Paul began his formal music training at Mesa College in San Diego. After auditioning, Paul was admitted into the Applied Music Program and began studying with Legendary Bassist, Bob Magnusson. Paul would spend 3 years at Mesa learning music theory and sight-singing while playing in the Big Band and Jazz combos. In 2001 Paul auditioned for a scholarship and entry into the Jazz Program at SDSU. He was awarded the scholarship based entirely upon his playing ability and was granted access to the department. While at SDSU, Paul studied with well known bassist Gunnar Biggs. During Paul's three year stay he studied: Jazz theory and composition with Rick Helzer, Jazz history with Richard Thompson, 20th century music and application with David Ward-Steinman, Latin Percussion with Kevin Delgado. Meanwhile Paul was able to secure spots in the Jazz Combos, SDSU Big Band, and SDSU Orchestra every semester he was enrolled. In December 2005, Paul was awarded a Bachelor of Music in Applied Sciences and Arts. Since 1996 Paul has been a full time member and sub for many different groups including: the San Diego Legacy Big Band (Jerry Fenwick Dir.), the Swingin’ EZ Big Band (Edward Zubov/Elliot Lawrence Dir.), the Del Bybee Big Band, and currently the Third Coast Jazz Band.