They Feed at Night 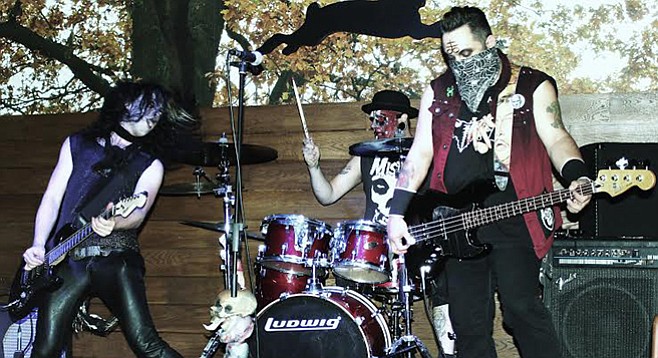 Deathrock band They Feed at Night has played shows with the likes of the Order of the Fly, Kommunity Fk, the Deadfly Ensemble, and Stolen Babies. Consisting of Errol Fritz on vocals/guitar, El Ramon on bass, and Rikk Cavin on drums, they play a fusion of horror punk, metal, and surf.

Their album Deprivation was released in 2013.