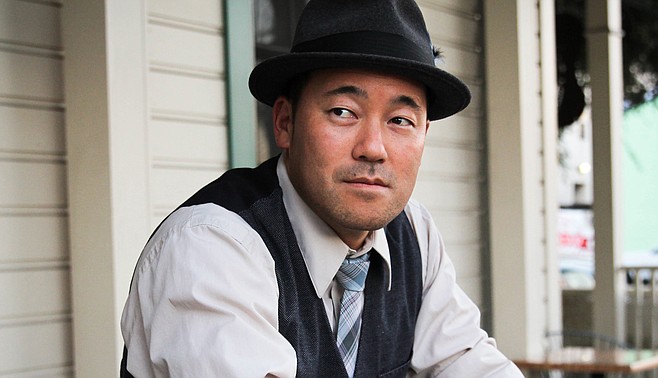 On record, Matsuoka hits high, soulful notes on seduction songs, and his lyrics are crunchy-beautiful. From "There Goes My Baby," Matsuoka croons the lines, "She's got my thoughts in knots / my heart in combat gear / She's got automatic machine gun talk / She's got a pair of angry ears."

On his 2006 album Totally Rad, Matsuoka's lyrics give a nod to buses from UTC and surfing at the beaches, and a gritty ballad to the city of El Cajon growls with heavy-fuzz electric guitar. Musically, there's beatbox and rapping along with surf chords and beach-rhythm bongos -- every flavor of Southern California.

Totally Rad features Matsuoka playing all instruments (except for percussion by Aaron Irwin on “El Cajon” and percussion by Irwin and human beatbox by Joe Naval on “Sour Cream and Chives”). Those instruments include acoustic and electric guitar, bass, drums, pianica, and Rhodes keyboard. The album includes a song called "Black Mountain Road."

For his 2014 Handmade album, Matsuoka worked with producer/recording engineer Glenn Suravech. Female vocals were provided by singer-songwriters Joannie Mendenhall and Catherine Nguyen, as well as cello playing from Jan Elie. Matsuoka also had his bandmates play on the album, with Rodney Jones on drum tracks and bass playing from longtime Lindsey Yung collaborator Chad Tuthill.

As of 2017, Matsuoka was also playing with the Ingredients. A new album recorded with Like This Parade was released in 2019, ReMade.