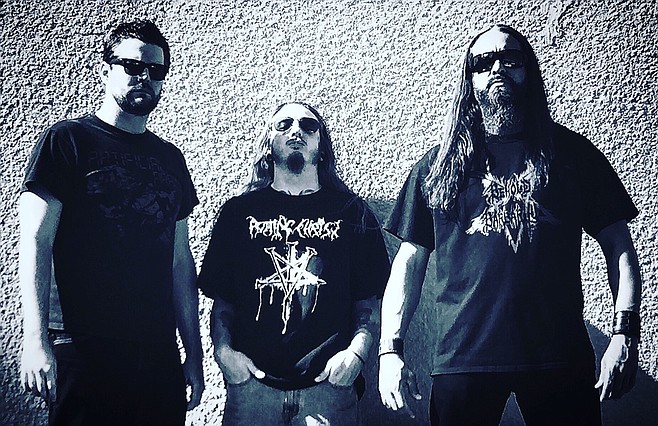 Temblad (Spanish for "Tremble") was founded by guitarist Lorenzo Kemp (Black Ambulance, Man Destroys Himself) and drummer Marlon Matthew (Cave Bastard, Damnation) as a metal cover band before developing original music. An EP called Mockery of the Fanatic dropped in 2011.

The group expanded with a lineup featuring guitarist Kevork Sheohmelian (the Dust, Signs of Symmetry) and various bassists, including David Calhoun and Luis Soraire (who later drummed for the Gay Agenda).

Their album Nevercrown was released in April 2016, followed by the debut of a new lineup featuring founders Kemp and Matthew alongside newest bassist Nate Raaka. Shortly after its release, Raaka was replaced by Kyle Netland on bass, while David Calhoun returned to take on the role of second guitarist.