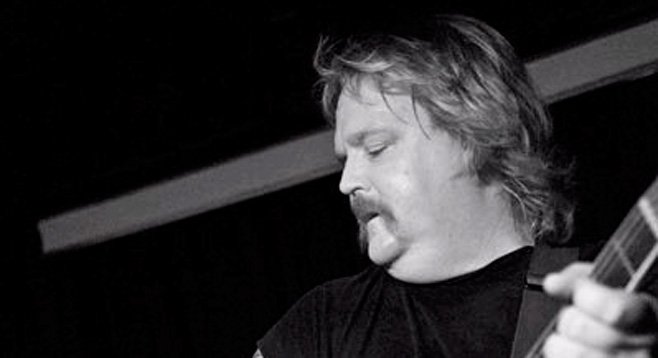 Oregon native Taylor Harvey has been playing roots rock around town since 1991, when he arrived in San Diego and took a chef job at a local hotel. With both his parents being classically trained, he studied violin for awhile growing up but later gravitated to guitar. In San Diego he began performing with Gary Seiler's band, which for awhile included local baseball maven Tim Flannery.