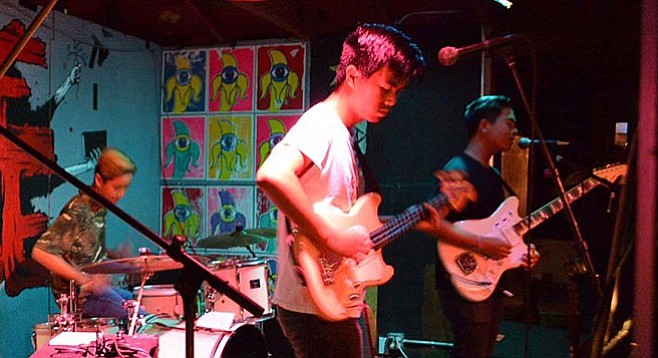 The members of surf-pop rockers T. Rexico were still high school students in Chula Vista when they began playing all-age venues around town. The group was founded by brothers Tristin and Thomas Souvannaraph, alongside bassist Bryce Doria and organ player Kiara Pornan.

Two members are of Filipino decent and two are Laotian-American. “Lately, we’ve been embracing our Asian-ness,” Thomas Souvannaraph told the Reader in 2017. “We had our band picture taken with our instruments and boba tea...we try to revive the spirit of suburban California in the ’60s and ride our Stingrays and get boba tea. We do it almost every weekend.”

The band released a split cassette in early 2017 with locals Fake Tides, featuring three songs by each band. T. Rexico's tracks, recorded at their home in Chula Vista, include a cover of a Fake Tides tune, "I Don't Know."