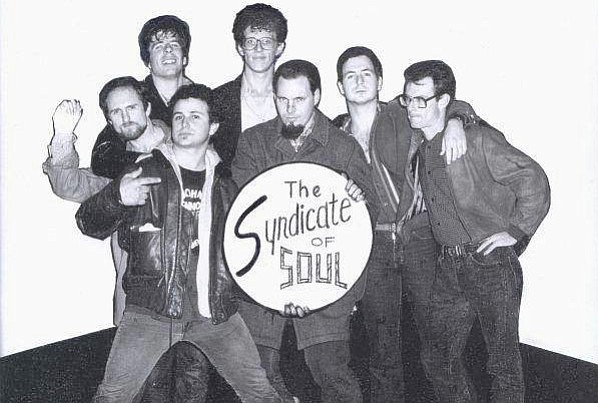 Syndicate of Soul was a 1980s musical revue featuring Richard Banke aka Skid Roper (Country Dick & the Snuggle Bunnies) and his frequent co-conspirator Mojo Nixon, along with Frank Hailey (the Sidewinders, DFX2), Don Strandberg, Tom Marotti, David Fobes, Mitchell Cornish, and various others during its short run. They played at area venues like the Spirit Club and Bodie's.

The Mojo Nixon/Skid Roper song "Bodie's Parking Lot" opens with the line "The Syndicate of Soul is playing, at the Free Frank frenzy." Drummer Frank Hailey moved to Arizona with his wife in the 1990s: he passed away in early 2018.