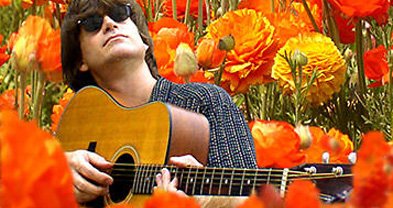 Singer/guitarist Sven-Erik Seaholm is known as a solo performer and recording artist and as a member of the long-lived four-piece band the Wild Truth, as wellas the Gandhi Method.

Since 1994, this son of Swedish immigrants has also engineered and produced albums by local acts Buddy Blue, Via Satellite, Goodbye Blue Monday, Lowcloudcover, Dave Howard, and the Coyote Problem. He has also written a related technical column in the area folk-music monthly Troubadour.

In 2003 and 2005, he received special San Diego Music Awards for Producer of the Year. 2003 also saw the release of his solo album, Upload, and he spent much of 2004 as a member of the vocal band the Gandhi Method. The Ghandi Method broke up in 2005, after releasing their "debut break-up album" entitled Hi. Says Seaholm, "We did it for a year, and I guess that's how long it was supposed to go."

His favorite piece of recording equipment is his Avalon 737, a three-amp compressor with a combination of tube preamps, an opto-compressor, and a sweep EQ. "Everything you put into it sounds better when it comes back out. I choose that for overdubs before I use anything else. I got it for half-price because I did a really nice review of it for the manufacturer. I think it cost in the neighborhood of $2600."

Sometimes, performances can go wildly strange. “(At) the Spirit Club one night, I got pretty excited during a performance there and being that I had a wireless guitar setup, I flew off the elevated stage and into the crowd. Except that I forgot that they had their stage monitors mounted on the ceiling. I was violently reminded of that hard fact as my forehead smacked the corner of one immediately after leaping upward. The momentum of my lower body continued its upward arc until I was out over the crowd and exactly horizontal to the floor, at which point I dropped like a stone, eight to ten feet down. Amazingly, I was totally unharmed by the fall and actually continued to play throughout the incident, finishing the song and returning to the stage. I was feeling pretty rock star about playing it all off, until some guy yelled out 'How's your head?' followed by about one and a half minutes of the loudest roomful of laughter one could ever imagine.”

Seaholm occasionally performs with Allied Gardens, a trio featuring him with Michael Tiernan and Peter Bolland. Their album Allied Gardens was released in 2009.

In 2009, Seaholm met his future wife Brooke Mackintosh, and the duo began performing and recording together as Seaholm Mackintosh. Their debut full-length Monarchs was released in June 2012. After moving out of town for a short while, he returned to San Diego in July 2015 and played a record release show for his tenth solo album The Sexy at Java Joe's on July 24.