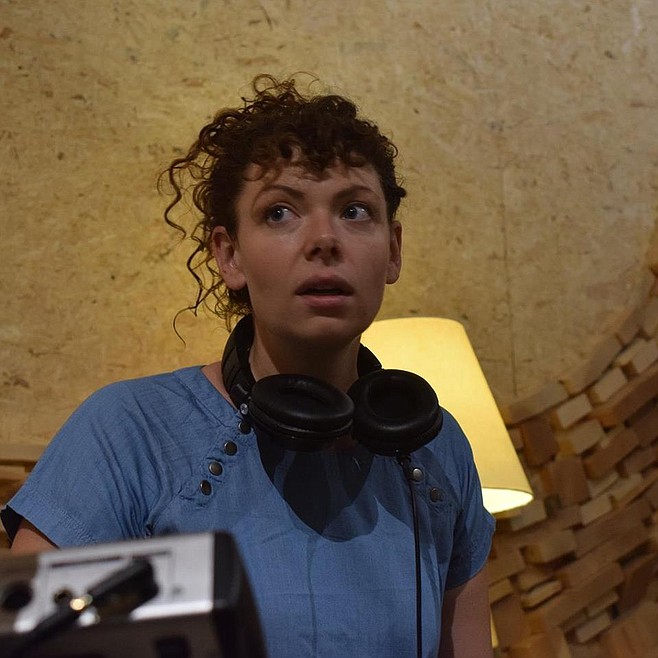 When trumpeter Stephanie Richards isn't serving as a music professor at UCSD, she records with artists like David Byrne, John Zorn, Anthony Braxton, Henry Threadgill, St. Vincent, Jason Moran, Yoko Ono, and Kanye West. She has also performed and recorded in a trio with Vinny Golia and Bert Turetzky, and has collaborated with performance artists Mike Kelly and Laurie Anderson. Her compositions have been featured on stages at Carnegie Hall, the Blue-Note NYC, and Lincoln Center, and she has conducted ensembles with Butch Morris’ Conduction language.

Her electro-experimental debut solo album Fullmoon was released in 2018. It was recorded unplugged, acoustically manipulating her horn against resonating surfaces. While appearing to sound electronically processed, she was then live-sampled by electronic pioneer Dino J.A. Deane. The album was voted #2 for Best Records of 2018 by Jazz Right Now and hailed as “spellbinding" on NPR.

A 2019 album called Take the Neon Lights pays homage to New York City, especially in the video for "Brooklyn Machine," named from Allen Ginsberg's poem "My Sad Self" and directed and animated by Andrea Yasco. Other titles are named from poems that similarly evoke the city by literary icons Maya Angelou, and Jack Kerouac, with the title track set to Langston Hughes’ "JukeBox Love Song." Guest players include pianist James Carney, bassist Sam Minaie, and drummer Andrew Munsey.