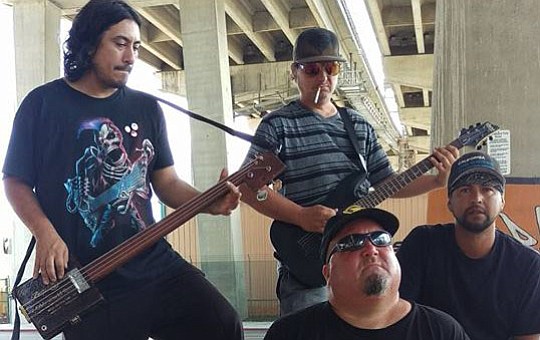 Chula Vista–based thrash/punk band Steeltoe is fronted by Cuauhtemoc Uribe, who began writing songs during his 11 years in prison on drug charges (1994–2005). He later told the Reader that his conviction was related to his vocal opposition to proposition 187, which denied services to undocumented citizens. “That was the price I paid for speaking against [governor] Pete Wilson [who supported 187].”

Upon release, Uribe recruited fellow former Coronado High School student Todd Woolsey (the Shambles), and then Chris Moody and others.

Navarro launched a side band in 2016, Raumicio, with a debut release later that year called Silver Age. By 2019, he had left Steeltoe.