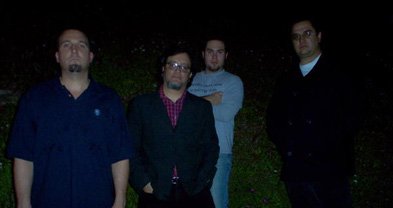 Influences: Guided by Voices, Weezer, Spoon, Buddy Holly, David Bowie, the Replacements, Nirvana, the Cars, the Who, the Kinks, Wilco, R.E.M., the Police, Big Star, Superdrag, Teenage Fanclub, the Pretenders, Echo and the Bunnymen, the Smiths, the Pixies, Elvis Costello

Static Halo says on their MySpace profile, "Once, we were five. Three guitars, one bass, one drummer and four singers. We were .38 special and loved it. Anyway, Nick left and we were four...We were sad for a while and then soldiered on [as three with] Todd, Mike Kamoo, and Dylan [Martinez]. We went on a 12 day road trip and only fought once. Then Justin learned our songs on his bass. We were four again. Then Mike Kamoo ruled with the Stereotypes and we were three again. It was dark times. We sounded incredible though."

Dylan Martinez (who also played with Broken Dial Radio) went on to play with Rookie Card.

Though Static Halo became mostly inactive after 2007, they played reunion sets in 2008 and in June 2013 at the Soda Bar.