The Stalins of Sound 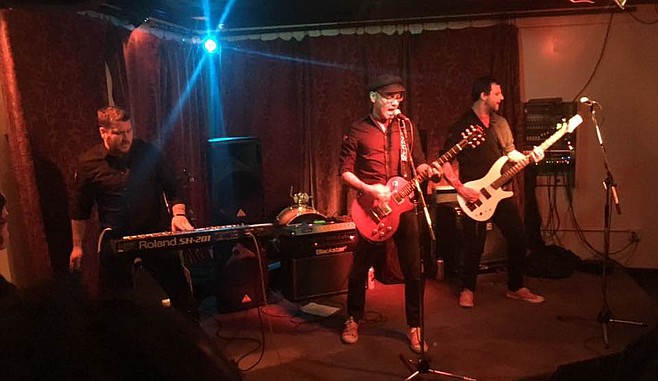 Coalescing disparate influences, synth punk band the Stalins of Sound creates a dystopian aural landscape that pounds with totalitarian Boss DR-670 drum machines, relentless bass, piercing keyboards, buzz-saw guitar, and paranoiac vocals. The group was originally a satirical anti-establishmentarian one-man-band featuring Hadi Ziade (aka Hadi Fever), former bassist for the Dissimilars. After the Dissimilars split, the Stalins lineup was expanded to include synth player Jimmy the Worm (formerly of the Dissimilars and SlabCity) and bassist Dave Masur (aka Davie Deathmetal).

Based in University Heights, the band is frequently seen onstage wearing themed uniforms. They released a 4-song self-titled 7-inch EP on Volar Records in late 2010, limited to 90 copies pressed on red vinyl, and an edition of 200 on black vinyl. In early 2012, a new song, “Rapture in Blood,” began streaming online, followed by their 2013 full-length Tank Tracks.