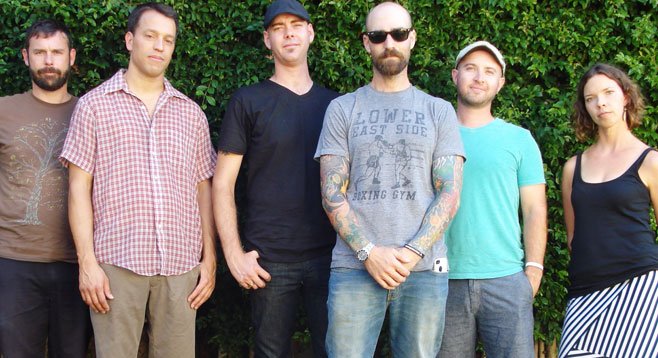 Born on a central Israel army base, to South American parents, Itai Faierman grew up in New York City, studying piano (age 7), violin (age 10), and guitar by the time he turned 15. After playing in several hardcore NYC bands, he moved to San Diego in 2000, taking up residence at a Zen monastery, ten minutes from the Mexican border, where he spent his days gardening and meditating and his nights writing music, later fronting the Mashtis.

Speaker In Reverse was founded by Faierman in 2014, with their first single “Holy Girl” released that May.

In October 2014, they hit Chaos Recorders with Christopher Hoffee (where they recorded the first EP) to track tunes for a planned vinyl 7-inch, "Natural" b/w "Vocal Daggers," with three new members (for a total of six).