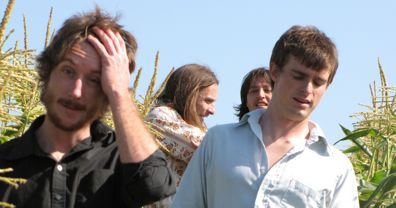 With members hailing from different parts of the country, Soup was born when singer/songwriter Jonathan Fleig and bassist Collin Wicker fused their energies in 2008 and began performing in Southern California. Drummer Nolan Greene joined the band in 2009, while Grant Kimball became lead guitarist in 2010.

Soup has been played on more than 130 college radio stations nationwide and were featured on KACY 102.5, 94.9 with Tim Pyles, and KRPI 102.1 with Cathryn Beeks. They’ve played venues and events like the San Diego County Fair, Cannes, House of Blues San Diego, and Saint Rockes (L.A.), as well as opening for U.K. band Heal the Last Stand on their first West Coast tour in 2010.

Soup released their debut studio album the Great Awakening in March 2010, followed by the Room 16 EP in August 2010 and a second full album, Downhill March, in early 2011.