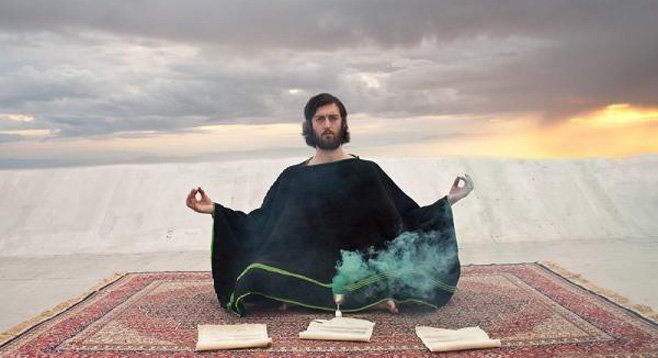 Chris Braciszewski’s alter ego is Snuffaluffagus, based on a large wooly mammoth that lived in the imagination of Sesame Street’s Big Bird. It also happens to be the name of Braciszewski’s collaborative music project.

“I’m sure the name is copyrighted,” he says. “Our claim to individuality with the name is the spelling.” (For the record, the Sesame Street character’s name is spelled Snuffleupagus.)

“I don’t know if that’s copyright infringement or not. When I was going over band names, that’s not something that was on my mind at the time. But,” he says, “the name fit.”

In speaking with Braciszewski, one senses that he is in close contact with his inner child. Aminals, Snuffy’s 2008 release, came with a coloring book. A childlike imaginative state, Braciszewski says, is something that he has tried to maintain all of his life. He talks about how children perceive differently than adults. “That [difference] was something I wanted to re-create musically and artistically.”

Snuffaluffagus, an experimental-folk venture, began as a home-studio project that in time came to include several musicians across the country. Because of this, Snuffy’s 2010 CD Brazilian Wood Poetry, was recorded in different studios from San Francisco to New York.

There is a Brazilian Samba feel to the new work along the lines of Jobim, colored with a psychedelic influence. It has been said that after listening, one may want to levitate. The rhythms are distinct and the melodies are sweet, but Brazilian Wood Poetry is informed by the political ethic of the Tropicalismo movement of late-1960s Brazil.

Brazilian artists at the time banded together to protest government control of the arts, says Braciszewski. “It was pretty unfair to the people of the country. Politically, it was about what you can and can’t do.”

But, Latin American politics are a far cry from the inventive, imaginary states of a child, no?

“I don’t know. A friend of mine referred this book to me that got me interested. It was an era of music when, like, Astrid Gilberto, Stan Getz, and such had been more popular, and that made me look deeper into the artists at that time who were bigger and making a statement.”

Braciszewski says that inspired him to make an album about the Tropicalismo movement.

“I think it was a logical next step.”

Former Snuffaluffagus guitarist Jesse Kranzler went on to play with Witt, which disbanded for around a year until reuniting for a Che Cafe show in Januiary 2012.