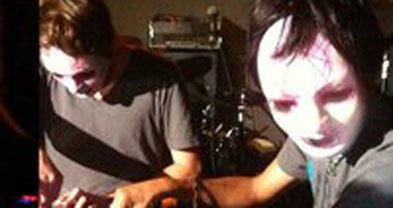 “I spend pretty much my whole summer out in the desert,” says James, who attends outdoor gatherings put on by similar art and music collectives regularly.

“It’s easy to convince people who have already done it to come out to the desert,” says Steve. “You do it once and you wonder why you haven’t been in the desert all summer.”

“It’s ever-evolving,” Corey says of the music. “It’s out of the ordinary to the point where it’s digestible but gives you a little bit of heartburn. I see room for more growth and more of the experimental stuff, just trying to keep a mind on the future culture of music in San Diego and the possibility that we could play a part in shaping that.”