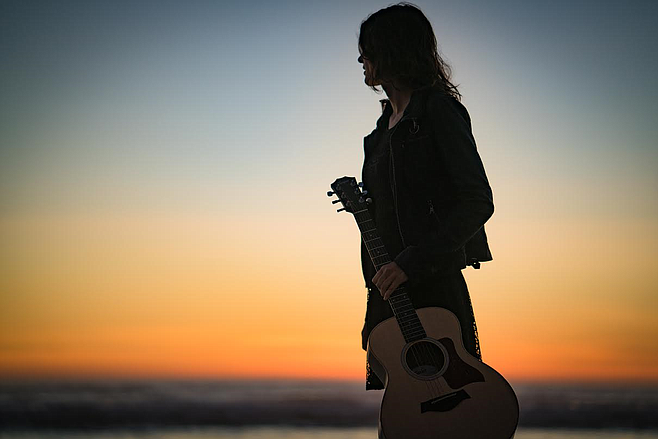 Having performed hundreds of shows, including appearances at NAMM, on Canada's global TV, on FM94.9 San Diego, at various festivals, and all over the USA and western Canada, Sister Speak were nominated Best New Artist at the 2011 San Diego Music Awards. They were also named one of Music Connection Magazine's Hot 100 Unsigned Bands for 2011.

Led by singer/songwriter Sherri Anne and originally backed by drummer Lisa Viegas, the group has also collaborated with Tolan Shaw, Swift Pony, Samantha Cathcart, and others. “The idea was a collaboration of musicians supporting the expression of the woman’s voice through music,” says Sherri Anne.

The full-length Rise Up For Love was released in March 2014. “Most of the songs on this album were written while I was recovering from a major injury,” says Anne. “I broke my pelvis and sacrum on my way to an event during SXSW in Austin in 2012. I went home to British Columbia, Canada to recover. For the first month, one of the only things I could do was play my guitar. So I did, every day, sometimes eight hours a day. I was going through some very intense life changes, heartbreak...it was these songs that helped me cope through it all.” Sister Speak won Best Pop at the 2017 San Diego Music Awards.

After the group opened for Air Supply in San Diego, Anne connected with producer Avli Avliav who was subbing as keys player for Air Supply that night. This led to the making a folk-electronic inspired EP, recorded at Avli’s studio in Los Angeles, with the first single "The Stand," released in April 2017, along with a music video filmed abroad during global travels.

“The Stand” was written on a rooftop in Mexico in the wake of a tropical storm during Sister Speak’s first international tour. “The song is filled with an insurmountable flood of emotion about what had happened to so many of the earth’s most gorgeous places” says Sherri Anne. “Mostly a result of imperialism and aggressive religious pursuits.”

For the video, Sherri Anne traveled to Peru and Bolivia with a film crew for two weeks, capturing footage at Machu Picchu, Cusco, Puno and other sacred sites. It was a daunting, bold and spiritual journey that reflected the pure conviction of the song. A call to be courageous and vulnerable in this highly complex socio-political atmosphere.