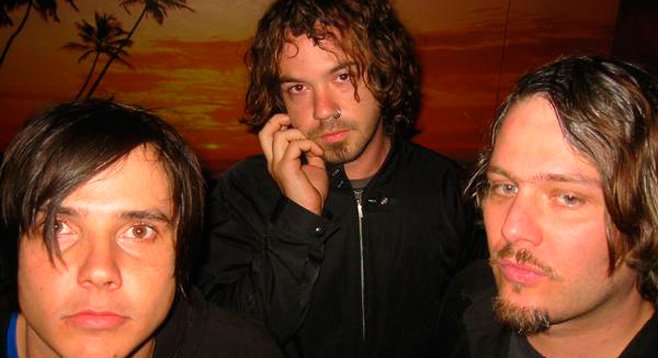 Sirhan Sirhan founder and guitarist vocalist Jason Blackmore used to be in Molly McGuire, a Kansas City band that had one album on Epic. "We played a leg on the last official Lollapalooza tour in '97," says Blackmore. Molly McGuire morphed into Gunfighter, a name that Blackmore brought with him to San Diego when he moved here five years ago.

After fellow Missourian drummer Alex Organ moved to San Diego in late 2005, the two started Sirhan Sirhan. The band was soon playing a Midwestern tour they booked themselves.

The band is named after the assassin who shot and killed Senator Robert F. Kennedy. "We get occasional audience members who give us a hard time [about our name]," says bassist Mike Johnston. Johnston, who has worked at M-Theory Music. "Probably the most pissed-off person was this guy on our last tour, in Albuquerque, New Mexico. He was leaving the bar as we were loading in and saw our name and he had a fit, asking us what the hell we were thinking, having a name like that, and saying, 'You might as well call yourself Adolf Hitler.'"

Sirhan Sirhan were nominated for a 2007 San Diego Music Award as Best Alternative Band. They took home the SDMA for Best Hard Rock Album in 2008, for the record Blood. “We were a totally functioning, full-tilt touring machine when we put out Blood,” says Blackmore.

However, the band splintered -- musically, personally, and geographically -- in 2009, when drummer Alex Organ moved to Kansas City and bassist Mike Johnston moved to Des Moines, Iowa.

The group eventually called it quits. “It got to be too much of a job keeping the band together,” says Blackmore, considering that he lived in San Diego and the rest of the band members did not. “The guys wanted to keep the band going, but I wasn’t into having a long-distance band. I like to have the guys in town so when I write songs we can do the shit. Record, play, you know, be more active.”

In summer 2009, Blackmore co-founded Rats Eyes with Gabe Serbian from the Locust, along with John Cota (formerly of Hostile Comb-Over) and members of Louis XIV. However, when Serbian moved to Los Angeles, Rats Eyes likewise slowed down.

In late 2011, a split 7-inch was released with Prize Country, featuring a run with hand-drawn one-of-a-kind covers by Blackmore and Abby Bailow.