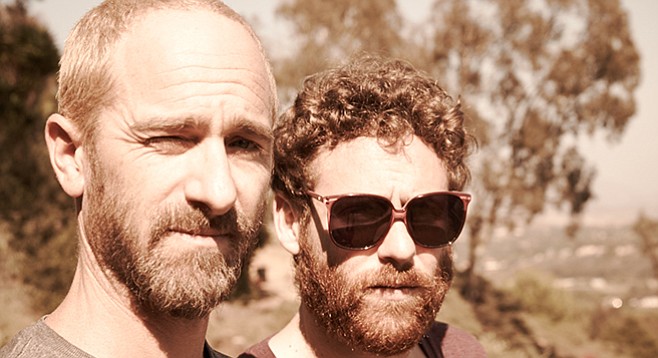 Influences: Bob Dylan, Pink Floyd, Television, the Rolling Stones, the Beatles, the Grateful Dead, the Clash, the Smiths, the Kinks, REM, the Who

The Sinclairs were formed by David Hyman and Scott Seader in Brooklyn, New York in 2008. At the end of 2013, after hooking up with a San Diego drummer via Craigslist, the Sinclairs drove across the country
and played a show the first night they arrived. They ended up liking San Diego so much that they stayed.
“We had become a little spent on some of the superficiality and oversaturation of the New York music scene,” says David Hyman.

They band put together their own small recording studio in North County. In 2014, they were invited by Charlotte Muhl, girlfriend and musical partner of Sean Lennon, to record in upstate New York at Yoko Ono's private studio. “We met them through our good friend and musical mentor as well as the producer of our first EP, Dougie Bowne...we also attended Sean and Charlotte’s first show as the Goastt, so I guess our fates are just intertwined in that way. We’ve met Yoko a bunch but have never played with her.”