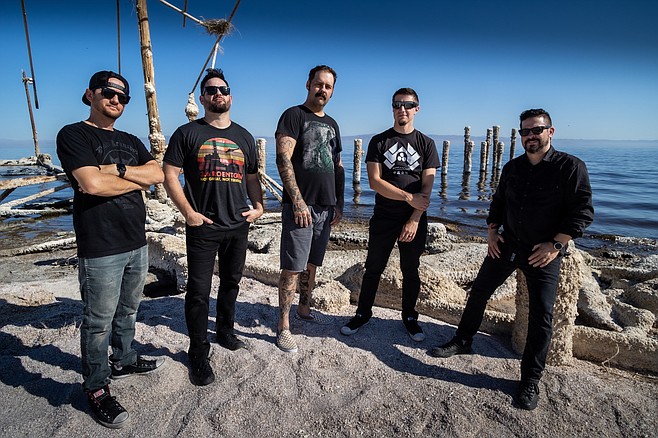 Sight Unscene was formed in 2006 by four friends around San Diego and Riverside Counties. Not long after, they proceeded to write and record Devils in the Details throughout 2007, and released it that year.

Early on, gigs could be difficult. "We were playing at a bar in Poway that is now closed and we had to move a pool table to set up on the ground," Anthony Dedrick told the Reader. "We would finish a song, and the only sound you could hear was the ball from Golden Tee whirring in the silence. We swore to never play another bar or venue that has that game in it."

"We folded rather quickly on that rule."

The band tracked their sophomore release Resilience and issued it in July 2010, with several tracks being featured in extreme sports videos, including the award winning snowboard movie The Saturday Night Ride and the kiteboarding movie Gust.

By the end of 2010, they had grown to five members. Throughout 2012, they re-entered the studio, with their four track EP Become: I Am released March 19, 2013. The next project began at the end of 2013 after a lineup change, and the five spent the beginning of 2014 writing and recording The Noise We Don't Hear EP, released in August of that year.

Their third full-length While the World Unfolds was released on their own label, Mainstay Records, in July 2016, preceded by a single called "We Are the Ones Who..." for which a video was produced. "The overall theme deals with the vastness and complexity of the world we live in," said Dedrick at the time. "Both consciously and subconsciously. The lyrics deal with different battles and struggles we all face and working to overcome them by any means necessary. The stars were used by the ancients to guide them, and we thought it would be appropriate to guide us in to this next chapter as a band."

The album was their first with new drummer Paul Slater, though previous stickman Ryan Copeland can be heard on five tracks.