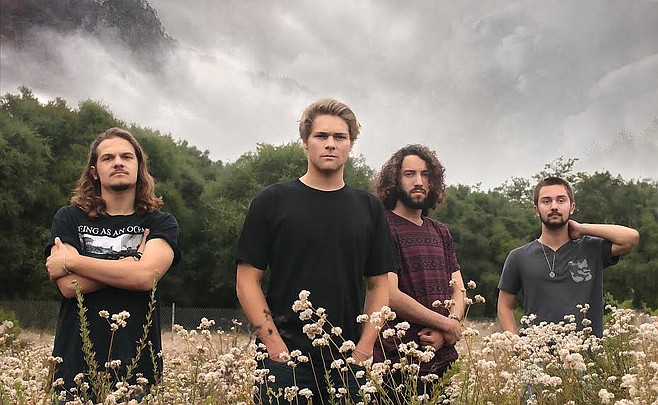 RIYL: Deftones, Devin Townsend, Periphery, Bring Me the Horizon, System Of A Down, Nevermore, Meshuggah, Corrosion of COnformity

Alexander Goodman, Kyle Scarcia, and Chase Balfour, have played together in various metal bands since 2010. With the addition of Garrison Zoutendyk on vocals and guitar in 2012, they became Shawshank Redeemed and released a self-titled EP in 2015.