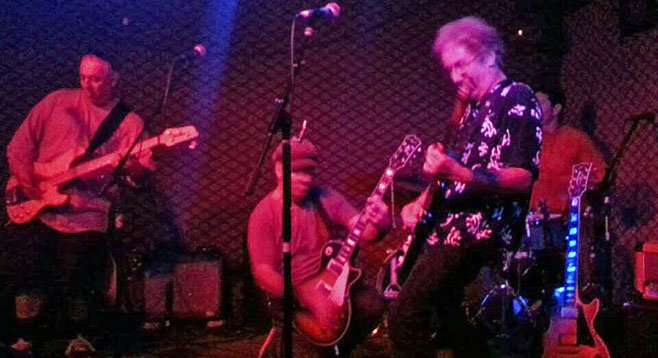 The band was formed in late spring 2012 by R. Mead as a way to showcase his original songs. He had been performing acoustic-only shows under the stage name Poppi Grande and felt the music could be better presented in a four-piece, electric rock 'n' roll format. For several months, the band appeared at small venues as Poppi Grande and the Shakedown Daddies while rotating through band members.

The addition of Ronnie E as lead guitarist in late summer 2012, followed by the joining of Eddie Alcobia at bass and Mario Rodriquez on drums in early 2013, dramatically transformed the band. The name was shortened to the Shakedown Daddies in summer 2013 and the band started promoting shows using trademarked tag line "Bet You Can't Sit Still!"

In early 2014, the band released their first EP Shake'n.