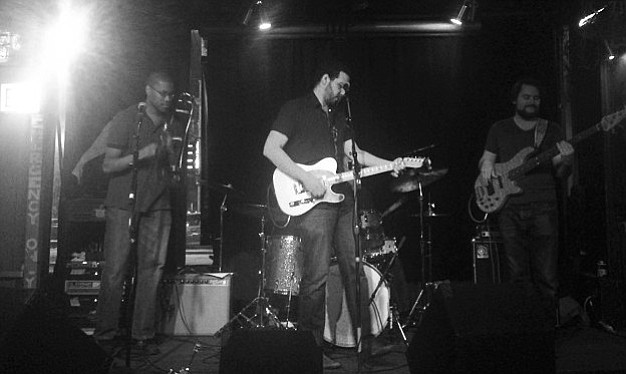 "We play soul music that was smashed into rock music and covered with pop and country music," says Semisweet singer-guitarist Josh Jack Jones. "Our stuff is probably best described as indie-soul. The songwriting is influenced by a '60s soul sound, but the other guys in the band have a lot of rock and psychedelia influences."

Jones moved to San Diego in 2016 from Chicago, where he was in a soul band called Chicago Semisweet. "I'd been doing the solo singer-songwriter thing for a while, he says. A west coast incarnation of Semisweet was formed with Greg Irwin and Austin Reitz (both of Flowerthief and Bandalier), alongside their Bandalier bandmate Jay Lauterwasser (also of Moontucky Risin and Lost Dog) and Emmett Ramirez (Optimators, Lucy Ring, Sinclairs).

"Our best show was at the Adams Avenue Street Fair," Jones told the Reader. "It was our first real show together, and we got a great response, which was great to reinforce our feeling that the music we've been putting together is something special."