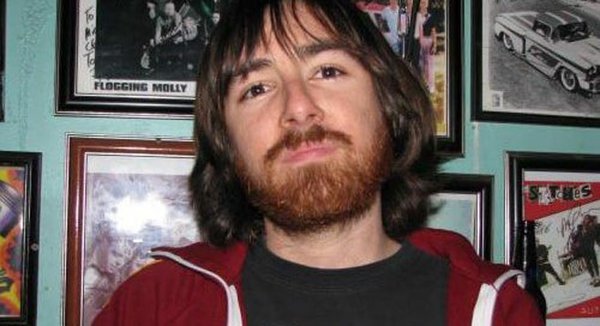 Based in National City, Sculpins, featuring former Atoms/Watusis bassist Branden Parish (now on guitar), made their live debut April 6, 2012, at the Ken Club.

“I’ve been wanting to play this music since I learned how to play guitar and was listening to my uncle Jarrod’s punk bands. I was only 13,” says Parish. “We’re old-school punk with a pop sensibility and, hopefully, a modern-day edge.”

Parish recruited the aforementioned punk uncle, Jarrod Monday, to play drums. “He’s eight years older than me and from old local bands like Too Far Gone and 39 Dead.” Parish’s cousin, Adam Gomez (formerly of Ragdoll City), is manning the mic. “Jarrod and I have known Adam our whole lives, and his uncle eventually ended up marrying my mother, Lisa Gomez, who’s an active punk promoter for online blogs and radio stations. Thanks to her, I’ve been listening to punk music since I was born.” The band is filled out by bassist Cody Nathaniel, aka Nathaniel Ruch.

Citing influences such as NOFX, the Misfits, Circle Jerks, Bad Religion, and Black Flag, Parish says their own band name was chosen somewhat randomly, shortly after convening. “We were drinking Ballast Point’s Sculpin India Pale Ales at practice, and I remembered my uncle and I always used to catch sculpin ocean fish on family fishing trips. We know how badass of a fish they are, so we went with Sculpins.”

His former band, the Watusis (known as the Atoms until early 2010), has undergone other lineup changes and will soldier on. Parish (aka Brand-O) cofounded Shiva Trash in 2010, with whom he played keyboards, as well as launching a solo career under the name Comely. “Shiva Trash is still a band, but I quit in order to concentrate on this new project. We’re still close and will be playing plenty of shows together.”

As of 2012, Sculpins recorded for a label they co-founded, Shred the Gnar Records, which Parish describes as “a group effort of Sculpins, Last Years, HoodRat, and Mr. Nobody, born out of partying, close friends, and punk rock debauchery.”

“A band of brothers in bands. We are gonna try to support each other in conjunction with and in support of Cholo Punks -- which includes Shiva Trash, Northern Tigers, and Beaters -- to bridge the gap between punks and garage pop. We have such a close group of friends and punks that love nothing more than to party, have fun and play music, so we all figured we might as well go DYI rather than wait for someone to do it for us.”

In April 2013, bassist Cody Nathaniel was replaced by a new player named Sam, who was replaced in summer 2015 by Carson White, who previously sang and played keys for St. Cloud Sleepers and keys for the New Addiction.

April 2018 saw the release of a new album, A Peace Offering.