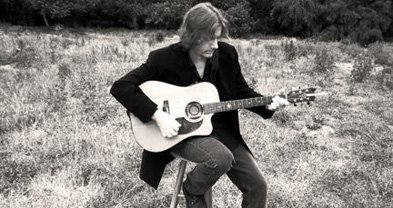 “I bought my first bass at age 18 for $99 at a pawn shop,” says singer/songwriter Scott Wilson. “It was a piece of crap, but it was a good thing to learn to play with and to realize that it was worth investing in better equipment.”

Wilson cites his main musical influences as the Beatles (“seventh chords”), Nirvana (“grooves”), and Yes (“harmonies”). His earliest recordings were with AOR glam band VFX. “I walked away from this style of music in 1994 and never looked back,” says Wilson. “That’s Album Oriented Rock, not Aging Old Rockers,” says Wilson.

Wilson says VFX was one of many bands knocked out by Grunge. “When our second CD was released in 1993, Nirvana was going strong. That wiped out what one record executive once told me was all those W bands, [like] Warrant, Winger, and Whitesnake.” That album, The Next Step, hit number one on the Imports Chart in England’s Kerrang Magazine.

Over a decade later, the VFX recordings were sought for reissue by Retrospect Records in Las Vegas. “Nobody was more surprised than me that people still listened to that type of music…I had no idea anybody remembered a CD I released twenty years ago.”

“I’ve been busy rummaging through my storage room looking for old masters and forgotten videos,” says Wilson. “It’s been a strange experience.” Some of the vintage spandex and cosmetic-heavy VFX videos have been uploaded to Wilson’s YouTube channel, Metapunker. “They’re possibly [worth] a good laugh. I don’t regret doing the music that I did, or dressing up in strange costumes. Some of the pain and embarrassment has faded away, and now only laughter remains.”

“I haven’t decided if I’m going to let them release the CDs yet,” says Wilson. “When I started digging through the storage room and talking to some of the former band members, it brought up a lot of buried issues and feelings that I assumed I had let go of. Which, of course, I hadn’t. So I’m deciding whether I really want to reissue those CDs again, or let them stay part of the past.”

He next played with an alt-rock group, Cruel World, which released a self-titled three-song EP on which he played bass, sang lead, and co-wrote the songs. “The Cruel World CD was released in August 1995. The band financed the recording, but the CDs were bankrolled by an independent label in Germany. We toured there briefly in August of 1995, and a video for the song ‘Can’t Go On’ was made from that footage.”

“We played at PopKomm, which was a big convention in Cologne Germany at the time, and we did a few radio interviews and gigs in Germany, Belgium, and the Netherlands. We were nowhere near as big as Gregory Page is there now, but it was fun nonetheless. I sang lead vocals and played bass in this band, and it was my transition from being a bass player and singer to a singer/songwriter.”

Wilson moved to San Diego in 1997 and pursued acoustic balladeering. “In 2000, I went to Germany and wrote a bunch of songs for a friend that I had met during the 1995 Cruel World tour named Michael Ketteniss. I spent three months there in Aachen Germany, saw George Bush inaugurated on CNN Europe, and basically saw the whole stolen election process from a German perspective.”

On his return to San Diego, “I wrote a bunch of songs for the Gandhi Method when I was in that band in June or July 2003, for about five months. The band was founded by Sven-Erik Seaholm and Chuck Schiele, and they were looking for a third member. I was introduced to Sven by Scott Lee, who is a drummer and attorney in town, at a Carlos Olmeda show at Lestat’s. Carlos was recording his album with Sven at the time, and he recorded the group chant for a song called ‘Willamena’ in Lestat’s on that night. Sven gave me a copy of his new CD at the time, called Upload, and we met a week later at his house, and I brought a short work in progress CD.”

Almost 20 years later, Wilson revisited those demos and began recording them for his own solo album. “I left The Gandhi Method around Christmas of 2003 and Cathryn Beeks replaced me,” says Wilson. “I played some bass, and guitars on a few songs, and did some background vocals for one song, ‘Turn Away,’ on their album Hi, which was released in 2004.” The same year, the band was nominated for a San Diego Music Award.

The Gandhi Method called it quits in 2004 after a year of performing together, with Wilson going on to play bass with Cathryn Beeks’ group. “Then I formed my own band and began playing acoustic and electric shows here in San Diego, and occasionally in L.A., as Scott Wilson and the Complications [acoustic] and Scott Wilson and the Contradictions [electric].”

Nowadays, the former bassist for Cathryn Beeks would just as soon sit down at a video-editing system. He’s worked on music videos, concert films, and documentaries.

This filmmaking savvy served Wilson well when it came time to shoot a video for the song “Coffeehouse 101” from his 2005 CD Kaleidoscope’s End. “We ended up with around 50 performers in [my] video, many of them local, each one lip-synching a different line from the song,” says Wilson.

Footage was shot at Lestat’s, Twiggs, the Hot Monkey Love Café, and other local spots. Cameo appearances include Gregory Page, Dave Howard, Bart Mendoza (the Shambles), Mark DeCerbo (Rockola, the Steely Damned), and a who’s who of local talent that even the most plugged-in of scenesters would be hard pressed to fully identify. “I couldn’t time it right to get the Locust in there,” says Wilson, “but I [taped] most everybody else I sought out.”

“Some people -- for instance, Robin Henkel and Carlos Olmeda -- were very comfortable with the camera. Some weren’t, and I include myself in that bunch. Everyone brings their own personalities to the table, and people relate to the camera in such different ways that it becomes sort of a sociological experiment in overcoming embarrassment.”

Around that time, Wilson worked as an freelance engineer at Universal Sound when it was at the Clairemont Mesa area. “It was a 24 track ADAT studio, and many of the drums and guitar solo tracks for Kaleidoscope’ s End were recorded there.”

His TV show A Moment in Time broadcast its debut episode on Cox Channel 23 on November 27, 2010. The show included his “Coffeehouse 101” video.

In early 2011, he began a new music series every second and fourth Thursday at Claire de Lune Coffee Lounge, filming performances for broadcast online and elsewhere, and offering his own band to back participating performers. Throughout these endeavors, he continues to work on both new and old music.

“My studio in San Diego is basically a personal studio with Digital Performer software, Pro Tools LE, Garage Band, and a MacBook Pro laptop. I’ve been recording most of my material with that configuration, and I also record drums at studios and rooms around town, since my system is portable.”