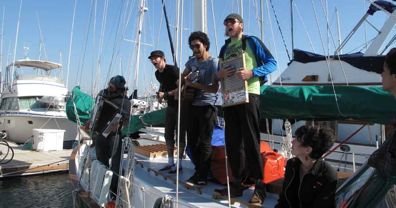 Satan Dance Party began as a 12-person jam in Balboa Park, which became a weekly residency of sorts. After recording a demo, the group pared down to 3 members. Their debut album The 4 Horsemen was released in 2010.