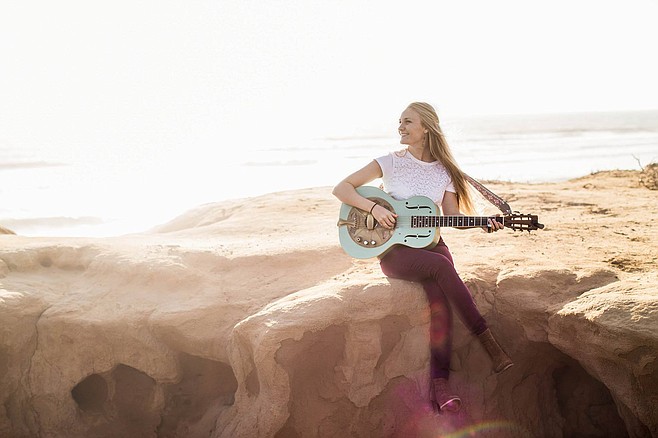 Blues singer/guitarist Sara Rogo was born in New England, where she first picked up a guitar at 13 as a way of performing the songs she’d already written. She moved from Boston to Encinitas in January 2016, where she became a frequent surfer and was nominated Best Singer-Songwriter at the 2017 San Diego Music Awards.

After playing the 2017 Durango Songwriter Expo in Ventura, at age 25, Rogo was signed to LA independent label Funzalo Records. Her album Live at Lestat's West was released that September, around the same time that she got to jam onstage with Joe Bonamassa on September 11 at the Maui Sugar Mill Saloon in Tarzana.