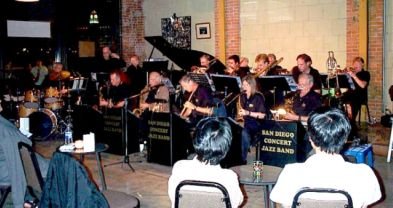 The San Diego Concert Jazz Band was formed in 1976 as a jazz band class at Southwestern Community College. It later became a jazz band class at San Diego City College. Since then, it has continued to play at various venues, including several area hotels, the San Jose Jazz Festival, and Dizzy’s Jazz Club. They played in the Mississippi Room of the Lafayette Hotel for the past twelve years.