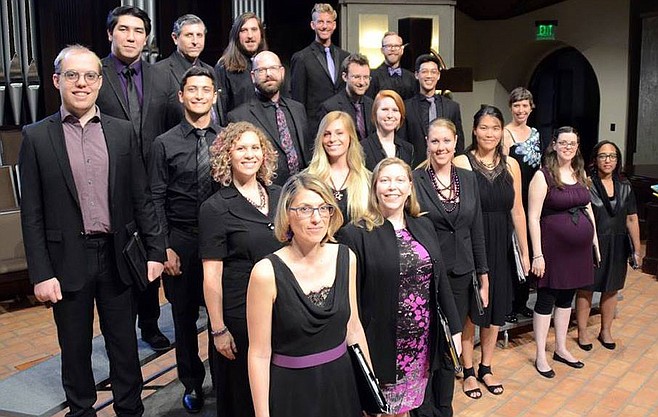 Choral group Sacra/Profana was founded in 2008 by Krishan Oberoi. He received his master’s degree in choral conducting from the Yale School of Music in 2006. The ensemble’s repertoire includes music by such diverse artists as Leonard Bernstein, Leonard Cohen, Eric Whitacre, and Venezuelan composer Oscar Galián.

The group has collaborated with the Chieftains, producer Carlton Cuse (of ABC’s Lost), Japanese composer Nobou Uematsu, and others. In addition to their popular crossover work, the group has championed challenging choral masterpieces by such composers as Arnold Schoenberg, György Ligeti, and Ernst Krenek.

The choral ensemble launched its third season on October 30, 2011, with a performance of “Divining Miracles” at the Founders Chapel, at the University of San Diego. They usually perform as a 24-voice ensemble.

In 2014, Sacra/Profana produced the world premiere recording of When We Were Children by Pulitzer Prize-winning composer David Lang.