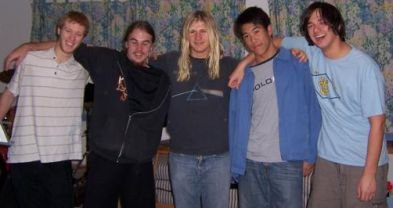 S.L.I.P. began as a joke band, when a young guitarist, bass player, and drummer formed Commander Melvin and the Outlandish Alien Invaders. The name was quickly changed to N/A, after they added a second guitarist. However, soon after, the second guitarist was kicked out of the band and the drummer quit. Replacements for both were found, a pianist/sax player was added into the lineup, and now the band isn’t joking anymore.