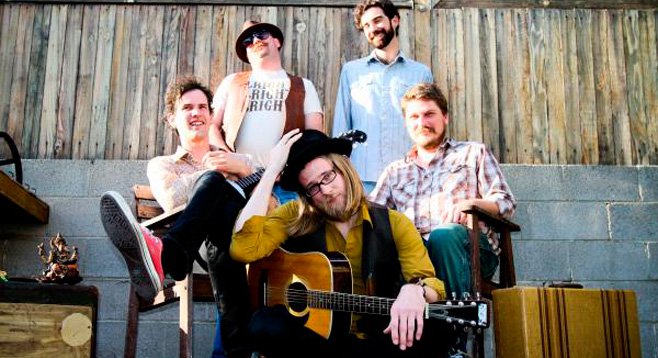 Alt-Country sextet River City uses a plethora of instruments blended to create a sound that is folk and not, soft yet jagged, while pulled and tied together with a somber tone of lyrical honesty for reckless lovers, foolish flames, and one-eyed captains sailing down flooded city streets with friendly choirs of casket-wielding, sign-waving, banjo-plucking poets.

They were nominated Best Americana or Country band at the 2009 San Diego Music Awards, and they released a self-titled EP in 2010. Their full-length the Flood & the Gavel, dropped in July 2012. Says the band, “The energetic sonic folk arrangements combined with an often dark and whimsical lyrical content provides for an expansive foot-stomping journey from beginning to end.” The full-length includes a sixteen page booklet of art and lyrics created by lead singer and songwriter Jon Kruger, whose art is also featured in the animated music video for the song “Into the Wooded Forest Cave.”