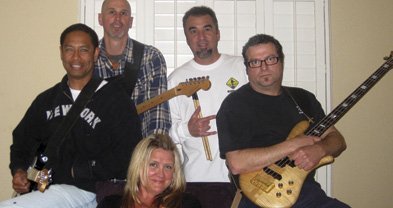 Rifftide is a Chula Vista–based classic-rock cover band. The members met on Facebook and formed the band in March of 2010. Their day jobs include construction manager and brewmaster. Plus one stay-at-home mom.

As of early 2011, the band had regular engagements at the Brewhouse at Eastlake, the Galley at the Marina in Chula Vista, and Tio Leo’s in Linda Vista. Singer/keyboardist Dave Inumerable played his last gig with the band on January 28, 2017 at Chula Vista's Manhattan Bar, after which the group said they'll probably go on hiatus.